Reward cut percentages of Indexers can't be compared directly with each other. We'll show you how to evaluate effective cuts. 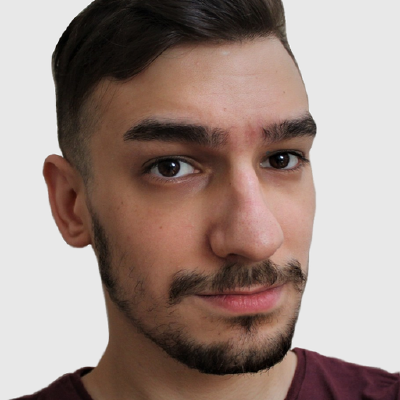 The Graph Academy’s indexing expert Juan Manuel Rodriguez Defago has created this guide on comparing Indexers by evaluating their effective cuts. You can find him and his Graph-related repositories on GitHub.

The raw protocol cuts that Indexers display on The Graph Network cannot be used to compare Indexers directly with each other. In practice, this could mean that there are two indexers offering both a reward and query fee cut of 80% but their Delegators earn entirely different delegation rewards.

Let’s have a look how you can use effective cut percentages to better compare and evaluate Indexers in the following guide!

If an Indexer has a negative cut, this means that the Indexer is giving away part of their rewards to match that number. In short, they are subsidizing their Delegators. For instance, this is done to attract new Delegators but has also been done by Indexers to make up for mistakes that they made in the past.

This is how a negative cut influences an Indexer’s profit margin:

If the indexer has 20 GRT staked, and 80 GRT delegated, his total stake would be 100 GRT, and let’s assume it’s fully allocated, so the full 100 GRT are currently generating rewards.

Let’s also assume that every 1 GRT staked generates 1 GRT in our math (in practice the numbers would be much smaller, but the ratios still match up). With all these assumptions, let’s check the case where our fellow indexer has a 10% reward cut, and how that translates to effective reward cut.

Our indexer has a 10% reward cut, which means that he gets to keep 10% of the total amount of GRT generated. Since the total rewards were 100 GRT, he keeps 10 GRT, and gives 90 GRT to the delegators (Delegation pool). The delegation pool then distributes the rewards proportionally to every delegator in the pool based on it’s amount of shares of the pool.

So, our indexer generated 20 GRT, and kept 10 GRT, only 50% of what his own stake generated (This is what I call main stake reward generation in my spreadsheet FYI).

Our fellow delegators generated 80 GRT, and received 90 GRT, so 112.5% of what the delegated stake actually generated as rewards (This is what I call delegation reward generation in my spreadsheet)

Example of a Positive Effective Cut.

Continuing on the example of effective cut, we could then check the positive effective cut scenario. Using the same scenario (20 GRT + 80 GRT):

But with 40% reward cut we can then see that:

Scenario: 10% reward cut, same as the original scenario, but indexer now has 5 GRT and the delegated stake is 95 GRT. The sum is still 100 GRT, and we assumed the same about the rewards.

With 10% reward cut we can then see that:

We’ve seen that with the same reward cut but a different ratio of owned vs. delegated stake, the effective cut is entirely different. In the original example, we had a -12.5% effective cut, the last one had a 5.27% effective cut. In the negative scenario delegators get a better APY, in this one they get a lower APY. Morale of the story: Reward cut is not directly comparable, effective cut is.